Welcome to the Self-correcting Media Maelstrom

If you’re a news and politics junkie like me, it’s been a head-spinning couple 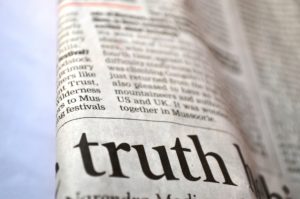 First, a Buzzfeed article claimed that Donald Trump asked Michael Cohen to lie to Congress. Other media swarmed around the story, feeding 24 hours of breathless coverage before Team Mueller issued a rare public statement, claiming the facts did not support the Buzzfeed account.

Then, Covington. A viral video seemed to show high school kids in MAGA hats at an event, crowding and menacing a Native American. The media were all over it, with initial reporting deriding angry Trump youth.

But not so fast. Widen the viewing angle, look at more footage, hear another version (served up by a PR firm, but does that really matter?); and it would seem that the first take was off base. The bullies were, in fact, the bullied – as the kids had first been menaced by a group of Black Israelites. They didn’t crowd the Native American – he approached them.

These were two stories, and two situations where news media had to back down and recalibrate. What have the episodes taught us? What happened and how could things be different? Should they? Here are a few takeaways.

Don’t Fall in Love with your Storyline

Emotion and narrative are pillars of storytelling. Yet they can hijack a story. Especially in these superheated, polarized times, it is all too easy to jump on a misguided version of truth before all the facts are in.

Covington was fueled by a dramatic video, which seemed to tell a clear and concise story. The Cohen episode satisfied the needs of a Trump-averse press looking for a Perry Mason moment (and I don’t quite get the convention of reporting unsubstantiated news from other outlets. If the story is not enhanced by your sourcing and fact-checking why run it? It is just rumor mongering).

The media should be wary of the dangers of getting sucked into narratives and emotional button-pushing and collectively take a chill pill.

The Mercurial Nature of Truth

The episodes show the challenges of fighting fake news – no A.I. algorithm or fact-checking team could suss out what happened. People close to the story could – but even their versions can be clouded by bias, reminiscent of  Rashomon.

An interesting debate that followed was about the role of social media and especially Twitter in fanning the flames of knee-jerk journalism.

It’s time we journalists all considered disengaging from the daily rhythms of Twitter, the world’s most damaging social network. You don’t have to quit totally — that’s impossible in today’s news business. Instead, post less, lurk more.

…every day the media’s favorite social network tugs journalists deeper into the rip currents of tribal melodrama, short-circuiting our better instincts in favor of mob- and bot-driven groupthink.

He then urged his readers to participate in a Twitter chat to discuss!

I am sorely disappointed in The New York Times’ Farhad Manjoo, CNN’s Brian Stelter, and other journalists who these days are announcing to the world, using the powerful platforms they have, that they think journalists should “disengage” from the platform for everyone else, Twitter.

I appreciate Jarvis’s point, but other professions intentionally stay off social media – psychotherapists, school guidance counselors, even prison workers, to create distance and stay professional with the publics they serve.

It is great to be in the thick of conversations, and close to news sources on Twitter. But what about getting sucked into the maelstrom, showing your colors, losing objectivity? Can a journalist have social cake and eat it too?

The right information got out. Mueller noted the hysteria around the Cohen story and corrected the record. Various players surrounding the Covington episode added important context.

Sure, there was some angsting – but it was cathartic and maybe even entertaining (OK, but reputations were at stake and it was distracting; see 5 stories Americans Missed while Fighting over a Viral Video that has no Effect on their Lives).

Welcome to the self-correcting media maelstrom!

1 Response to Welcome to the Self-correcting Media Maelstrom